A forum for players of GF9's 'Tanks' table-top skirmish game.

You are not connected. Please login or register 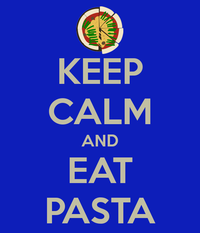 This time it is not a tank development (although if I get time, I may post something new with that regard), and we should get ourselves a bit warm as we head North. We should be packed with ushankas and bottles of human anti-freeze fluid, or in "simple speak" - vodka (bears with balalaikas are not necessary though, but would be helpful to get warm

). This time it is in regards to the doctrine upgrade for the few Finnish tanks I have developed on this forum and something which just may add that little bit of spice to the game... 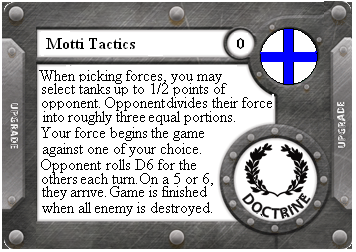 This took quite some time for me to figure it out. Basically Motti tactics, or "encirclement" if translated from Finnish, involved something that is close to guerilla tactics, the opposing force was basically divided into smaller, more manageable chunks, and destroyed separately. This was done through creating road blocks (felling trees to block passages for example), ambushes, traps etc. of a bigger and technologically more superior foe - e.g. Soviets. Well, I don't think I can simulate the process of dividing up the opponent, unless I go to the grand tactical plan on a map - I wanted to create something playable and enjoyable for game. So, why not simulate the fact that you have less, by picking half times less than your opponent, and dividing the opponent into small chunks, each to be dealt with separately. Other parts have a difficult time of getting to the battle, but, the chances are not zero however - so the Finnish player won't be enjoying the situation for nothing, they will be forced to move and be aggressive since they don't know when more enemy will tag along.

However - ACHTUNG! here. I am still not very sure if half is going too hard on the Finnish player, or should I divide the opposing force into not thirds but smaller quarter chunks. Let me know what you think in any case. And as always, if someone just manages to test this or any of my stuff by chance, let me know. I would be very interested to hear any comments with regards to this or those developments. Keenly awaiting any comments....
_________________
"Go, go, keep advancing! The one who manages to claim victory gets to take home the pasta!"
OCDPaul 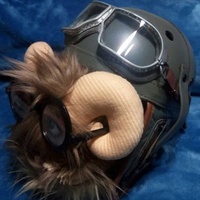 This is one I truly love the idea on and will be going on my loooong list of 'must play test this right away.' As like a scenario game, it sounds like a lot of fun and a good challenge. Like you said, so much of the balance and details depends on how it plays in real life but even playing to find the balance should result in some excellent gaming.

It actually uses a lot of things I've been bouncing around in my head lately for a Pravda School trait of the Double Encirclement. The Pravda player withholds any amount of tanks minus commander/flag tank as their reserve. At the start they place the red objective marker anywhere on the board, then the opposing player places the blue one anywhere they wish. During the Command phase the Pravda player can choose any tanks left in their reserve to deploy. Rolling one d6 , on a 1, failure to deploy, on 2-3 the tank(s) deploy at the blue marker, and on 4-6 the tank(s) deploy on the red marker. Basically it tries to replicate the anime's trap of T-34's coming out of the woodwork on all sides.

I'm looking forward to using Motti soon, it reminds me a bit of video games that you have waves of enemies and you just try surviving for as long as you can. Hmmm, actually you might have something beyond fantastic Finnish here, give a player one tank for the Motti (like the KV-2, Maus or Tiger, Churchill VII, American T-28) and the opponent just tries to wear it down with the three waves (or more if you want to test out the beasts).


This may also solve some of the issues with early war tanks vs larger tanks. Thinking of the Japanese list of 100 pts you can have a ton of plastic/resin on the board, but bringing them in waves to attack 50pts of armor seems like a fun and legit way to play that too. I guess all this to say I'm really excited about your ideas and really want to see how it plays out not just as a national trait but as a general one too.
Tenente

Great! And, there is no problem with taking space with replies, all you have said is great and gives a ton of ideas for me as well. I may have some more playtest time in the near future, so will let know once that comes along and an after action report with it as well.
_________________
"Go, go, keep advancing! The one who manages to claim victory gets to take home the pasta!"
Sponsored content